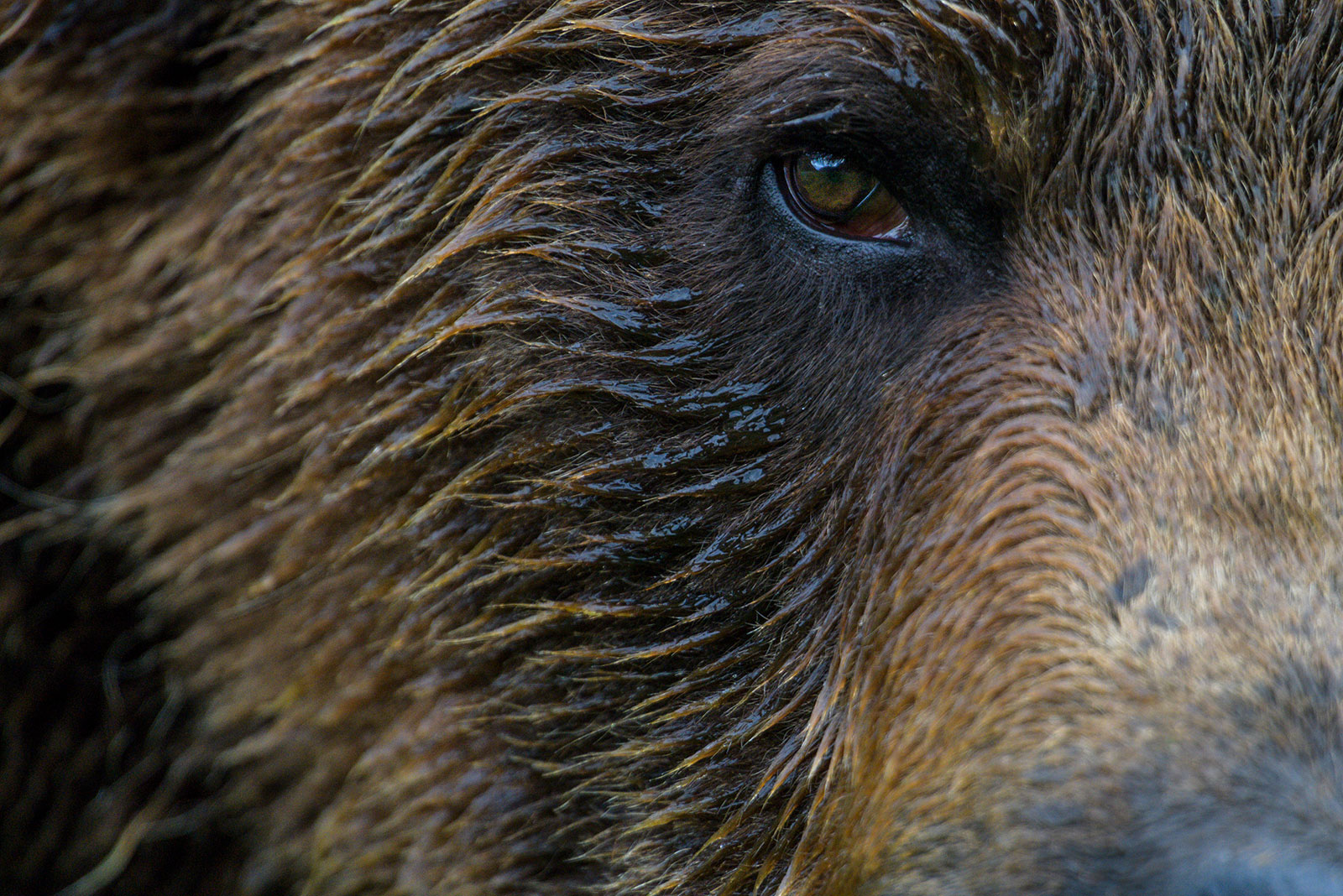 Neil contributed a stunning photographic print to Raincoast’s One Shot for Coastal Carnivores exhibit. The exhibit and the allied campaign, helped to end commercial trophy hunting in 2,500 km2 of the Great Bear Rainforest. Neil’s print drove social media engagement and perfectly captured the majesty of an animal like the grizzly bear, that his work has helped to protect.

On a beach in Costa Rica quite some time ago now I made a photograph of a sea turtle resting on a plastic bottle. The light in this image was imperfect, the composition overly simple, and missing was that novel something—at least at first glance. This image would end up buried under the thousands of other pictures I made of sea turtles nesting in Tortuguero National Park that year.

But the overlooked image resurfaced.

Many months later it would appear on my desktop screen as I searched through my archive. This time, I reacted to it with fresh eyes. On second glance, the plastic bottle seemed to be carrying a message. I stared at the image for a long time and asked myself why I had not remembered seeing the plastic bottle when I first took the shot. I asked myself why I hadn’t kept this image in the edit I sent to the magazine editor.

What story was behind this image? What was the proverbial message in the bottle?

A decade later I now call this image my first conservation photograph. It went on to be printed on the back of a Chinese postcard as part of an awareness campaign that drew attention to the issue of plastics in our oceans. In some sense, the image went to work for conservation.

Susan Sontag once said, “A photograph can’t coerce. It won’t do the moral work for us. But it can start us on the way.” This is the aim of conservation photography.

Conservation photography advocates for real outcomes. It combines nature photography with the issue-oriented approach of documentary photography, and acts as a tool for change. In close collaboration with conservation partners, this service allows us to build alliances, influence policy, and raise funds.

And, more recently, that’s exactly what we did.

In a partnership with eleven conservation photographer colleagues—who donated a fine art piece to the One Shot for Coastal Carnivores collection—we helped raise $500,000 over the last few months, enough money to purchase a special piece of forest known to some as the Nadeea Tenure. That is, 2,350 square kilometres of the Great Bear Rainforest in British Columbia on the West coast of Canada.

With the purchase of this land, campaign leaders from Raincoast Conservation Foundation and Coastal First Nations secured yet another piece of the green puzzle aiming to protect this habitat and the majestic creatures that call it home. Here, trophy hunting is no longer allowed—permanently.

There is work still to do to acquire additional tracts of this verdant landscape, but this purchase is significant, and it was cathartic to know that conservation photography played such an important role.

In addition to the awareness-raising, each of the donated fine art pieces were auctioned off to bring in more funds. “The images engaged thousands of people,” said Ross Dixon of Raincoast. He said, “And it’s true, I could stare at each of the donated prints for hours.”