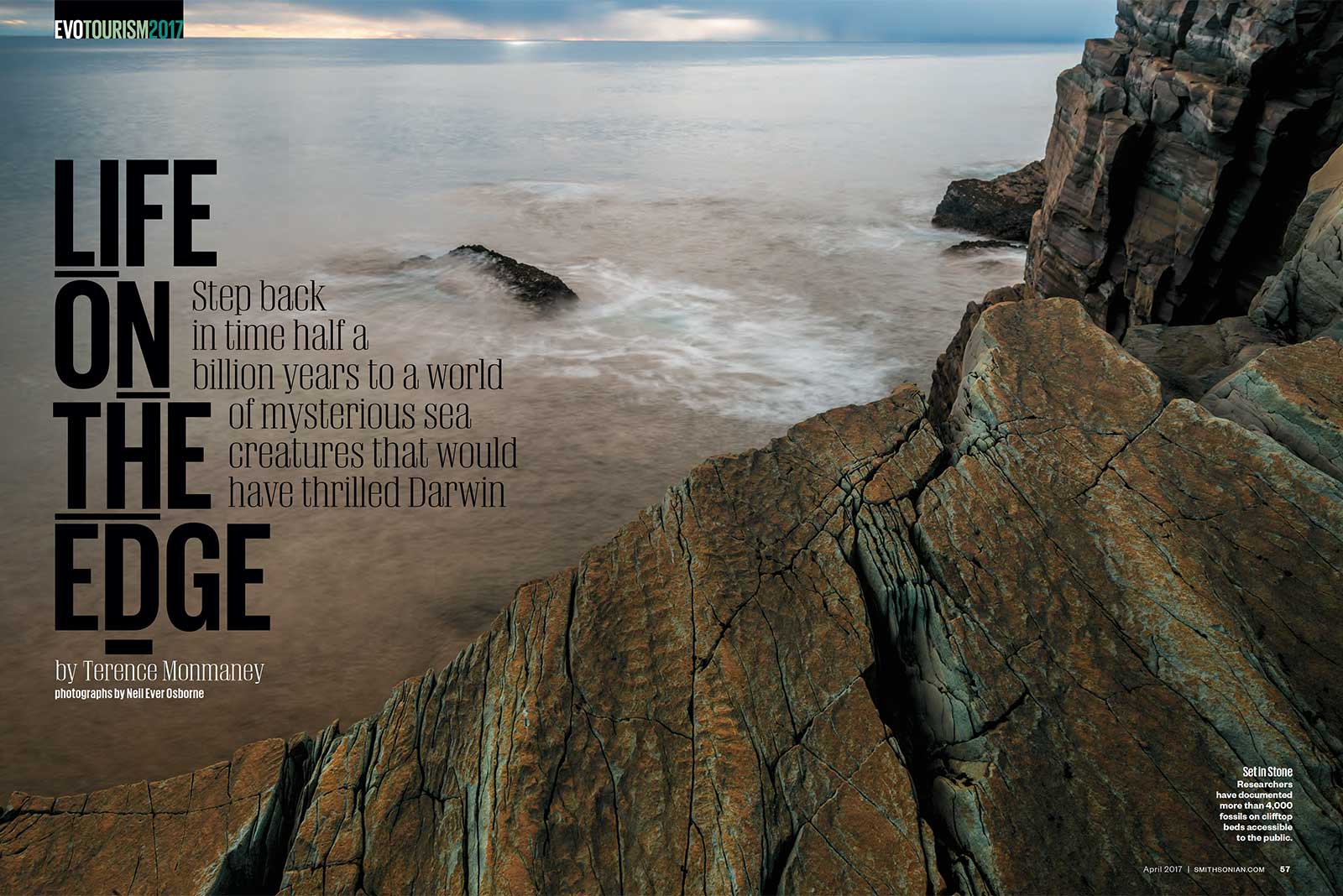 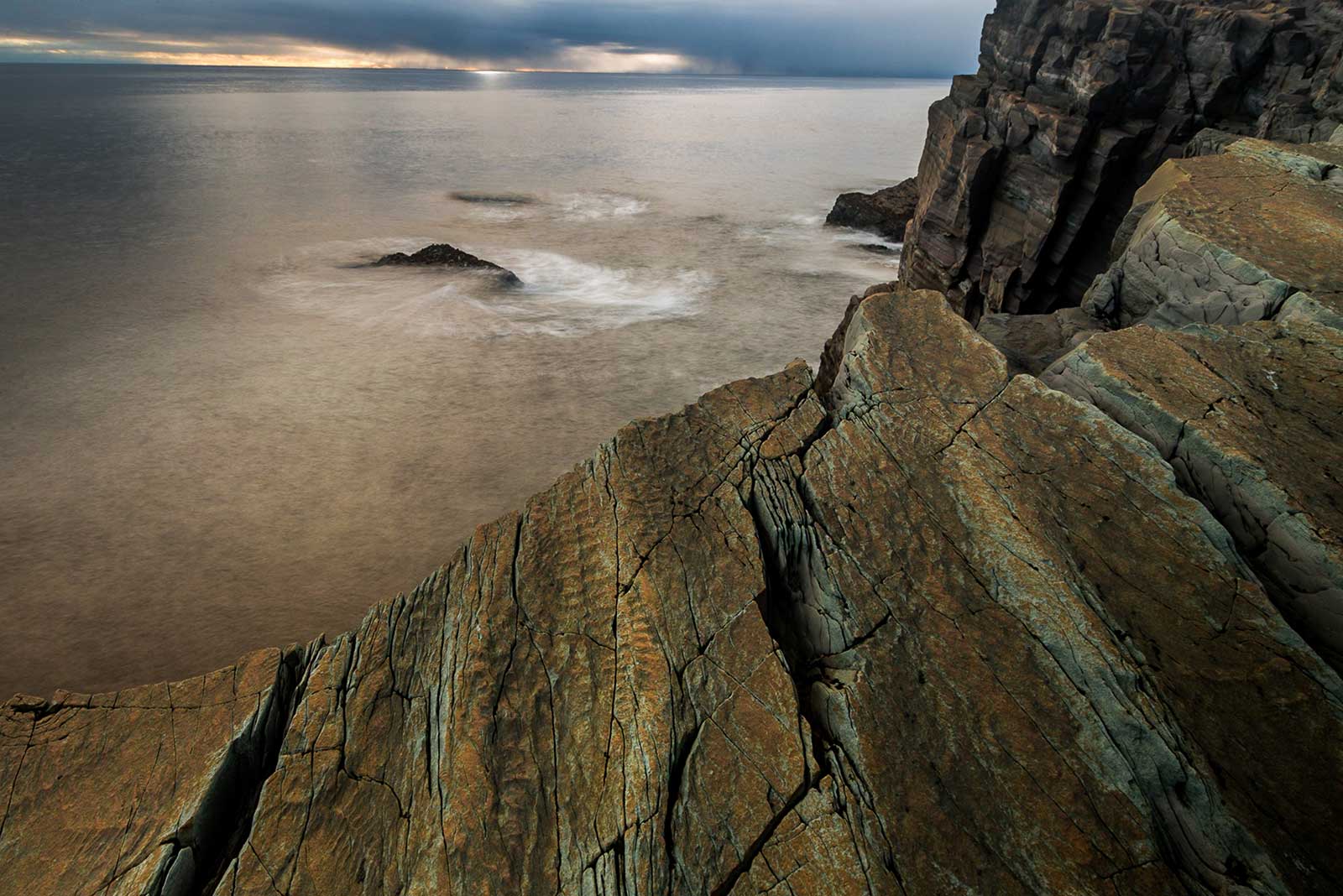 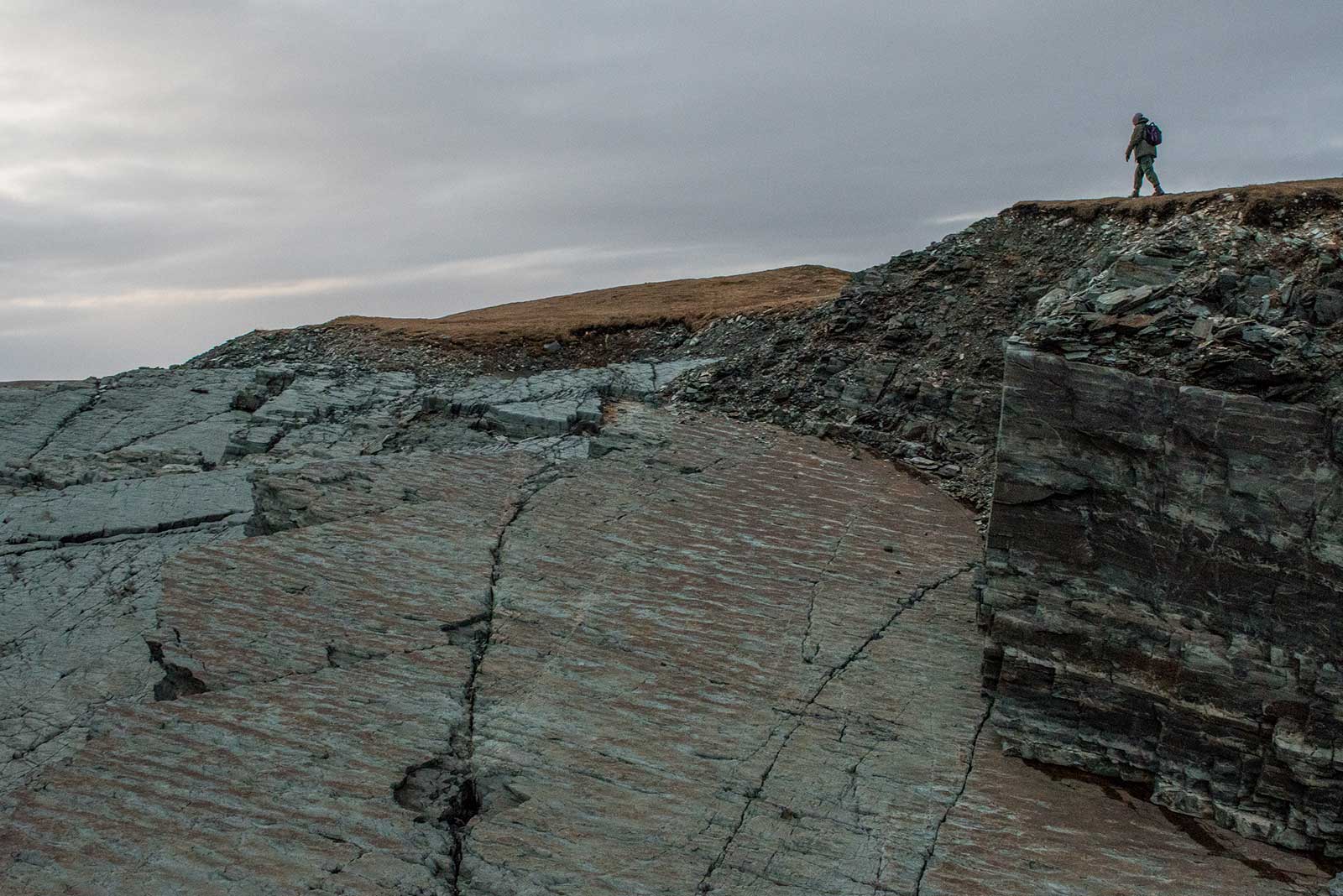 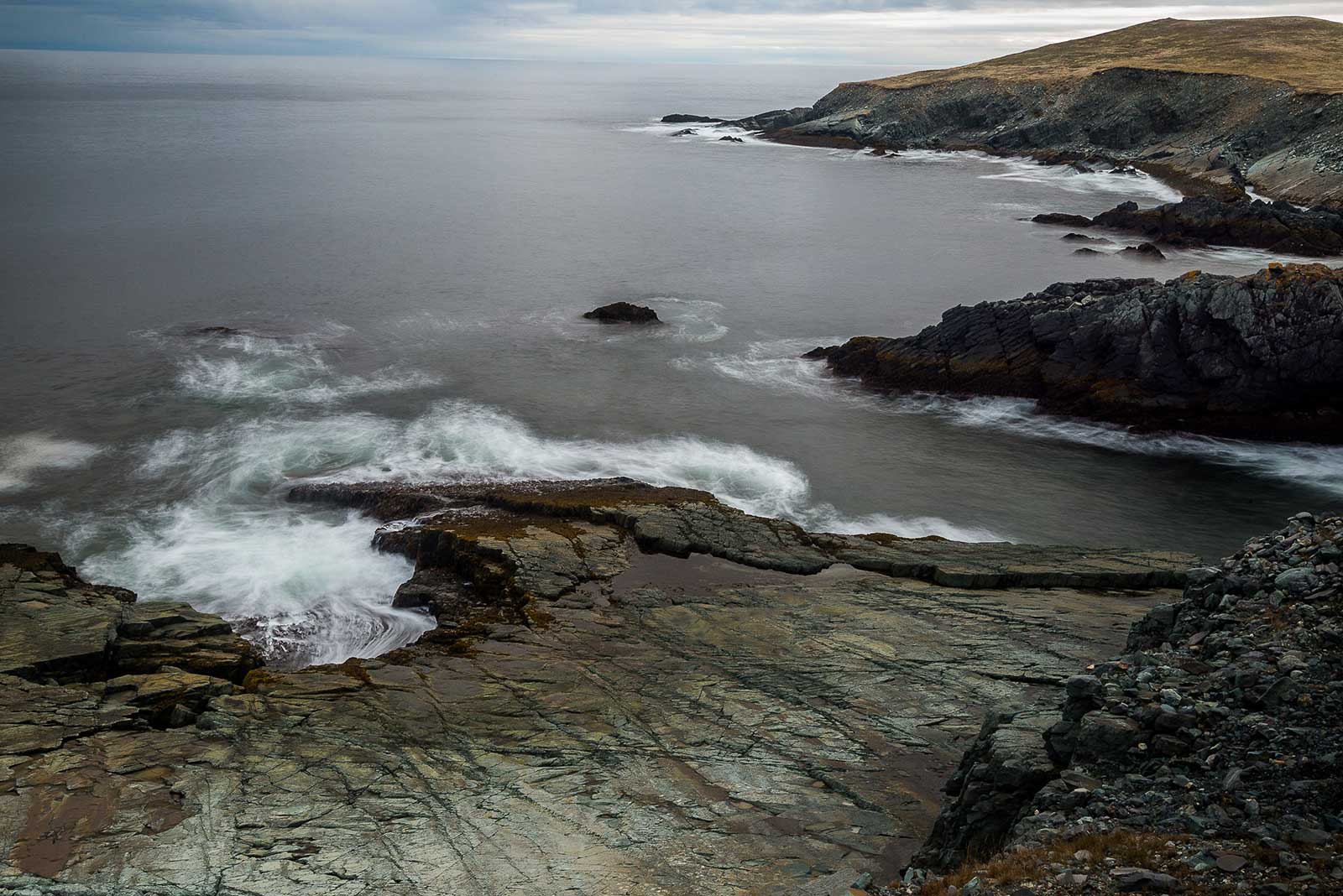 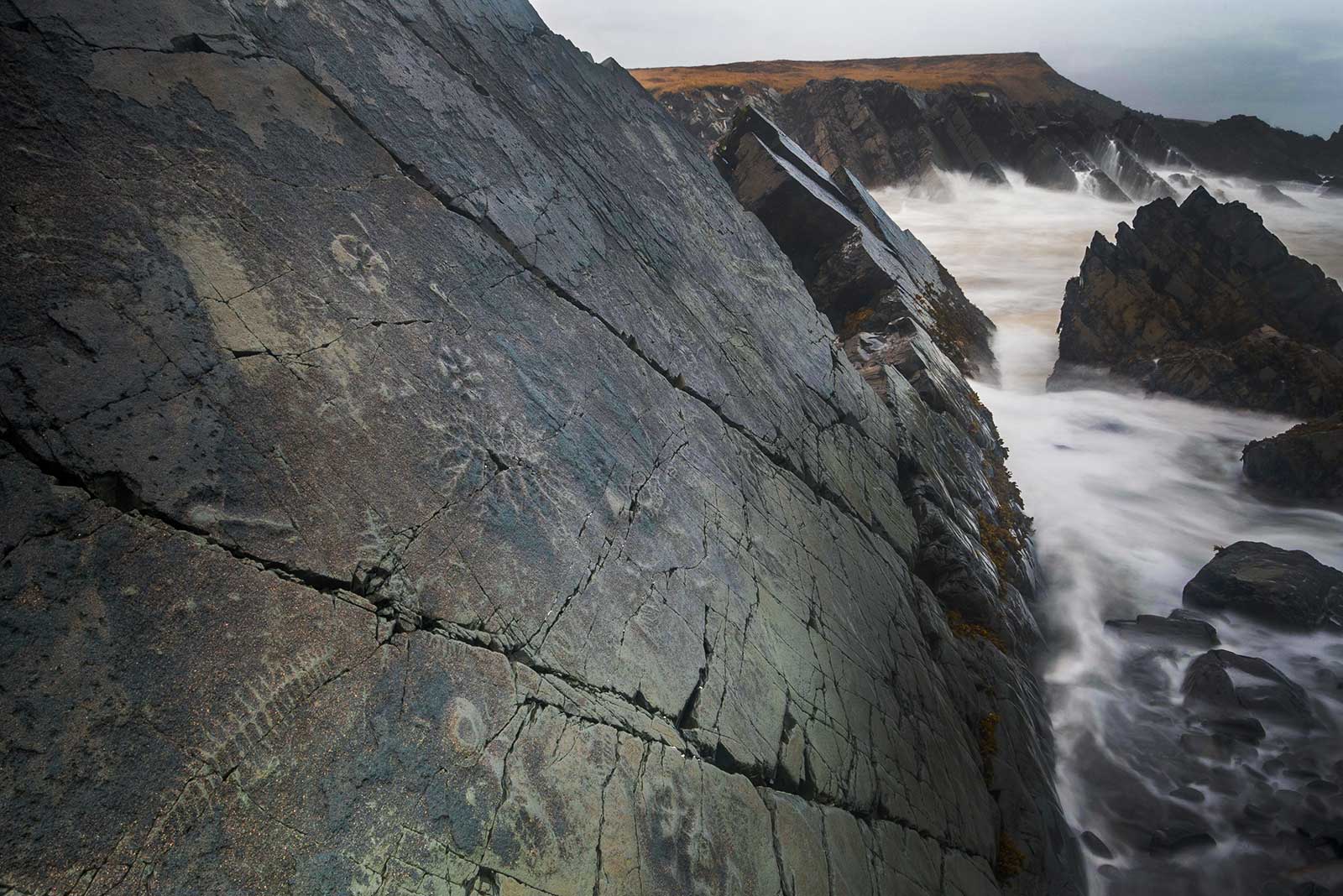 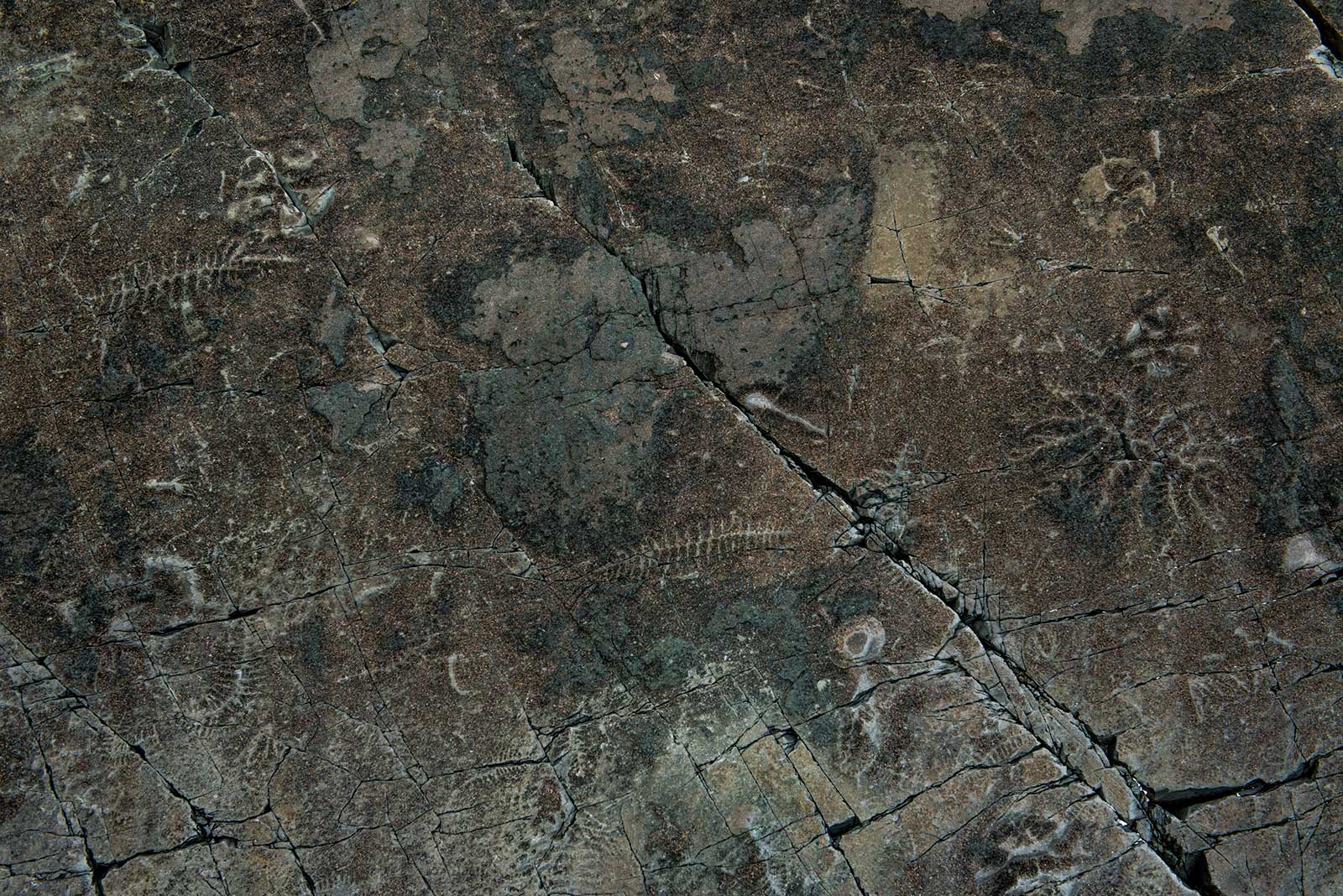 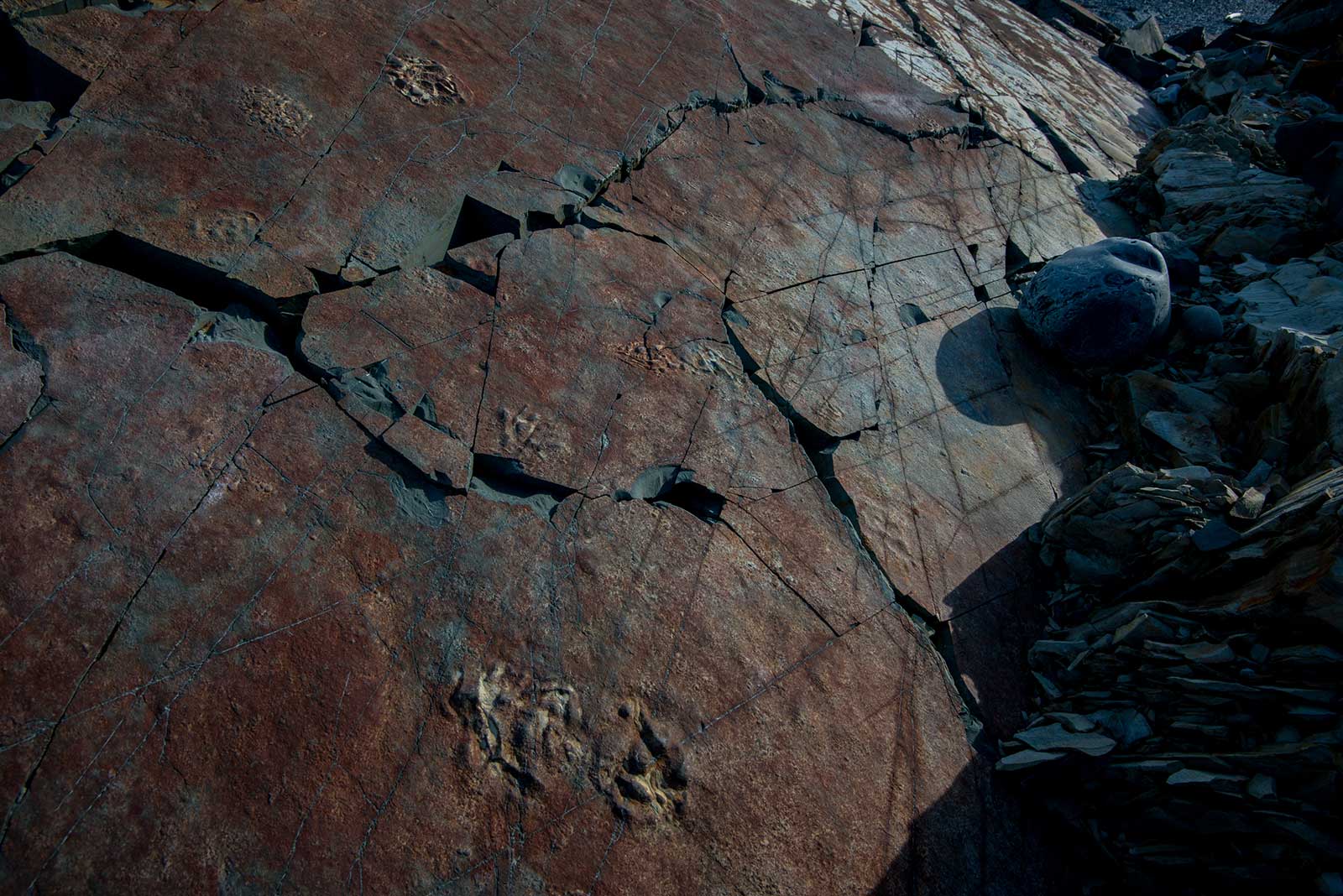 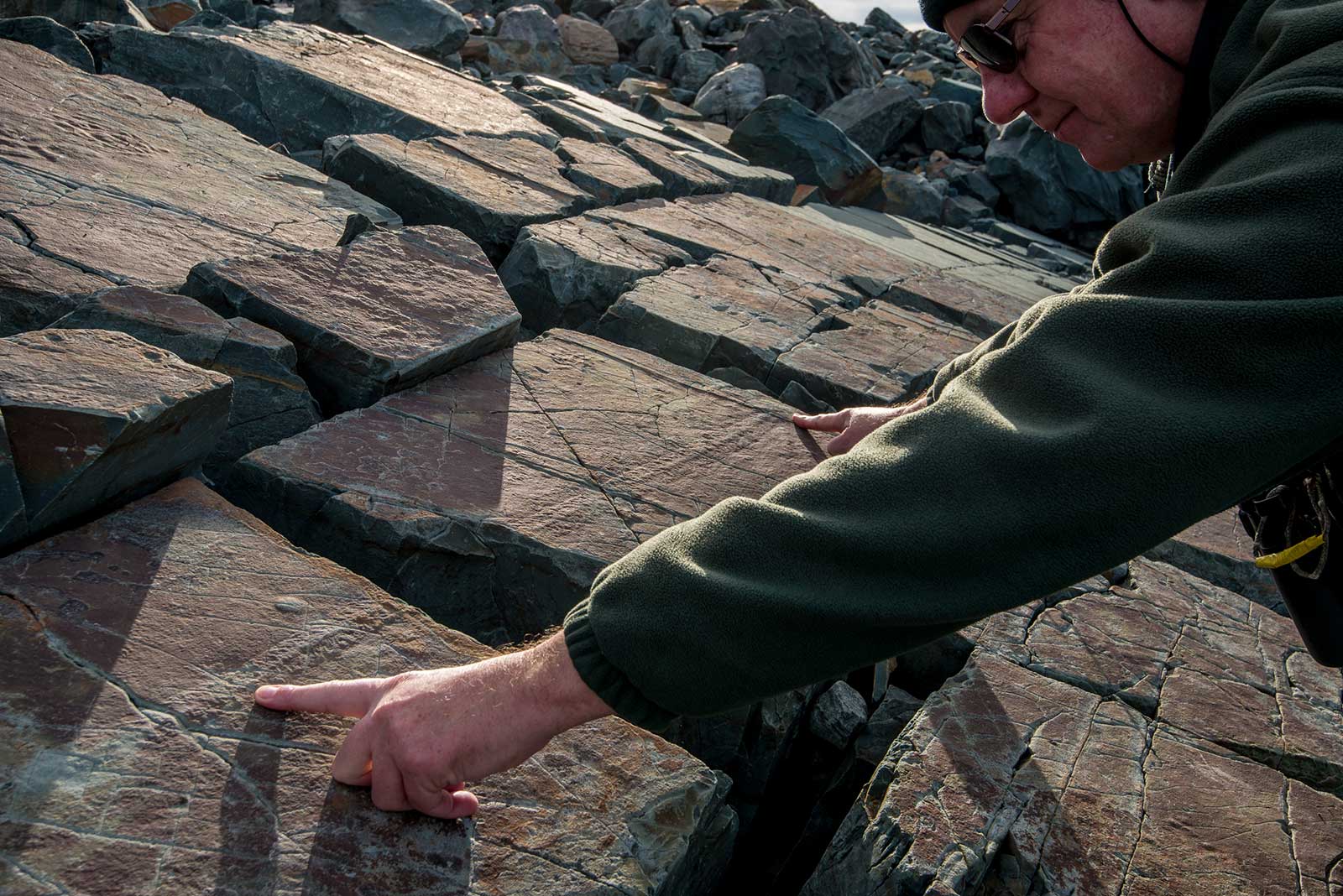 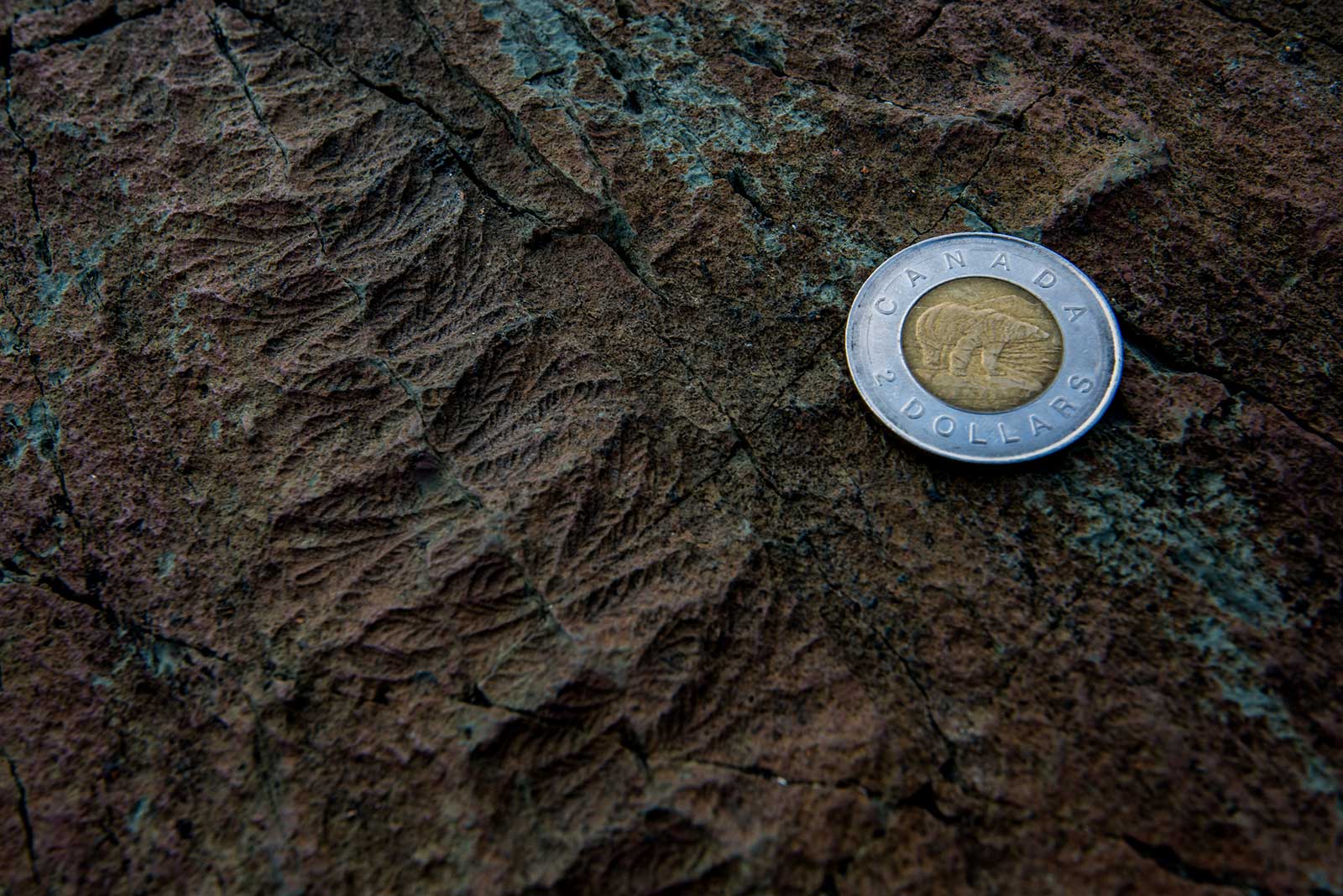 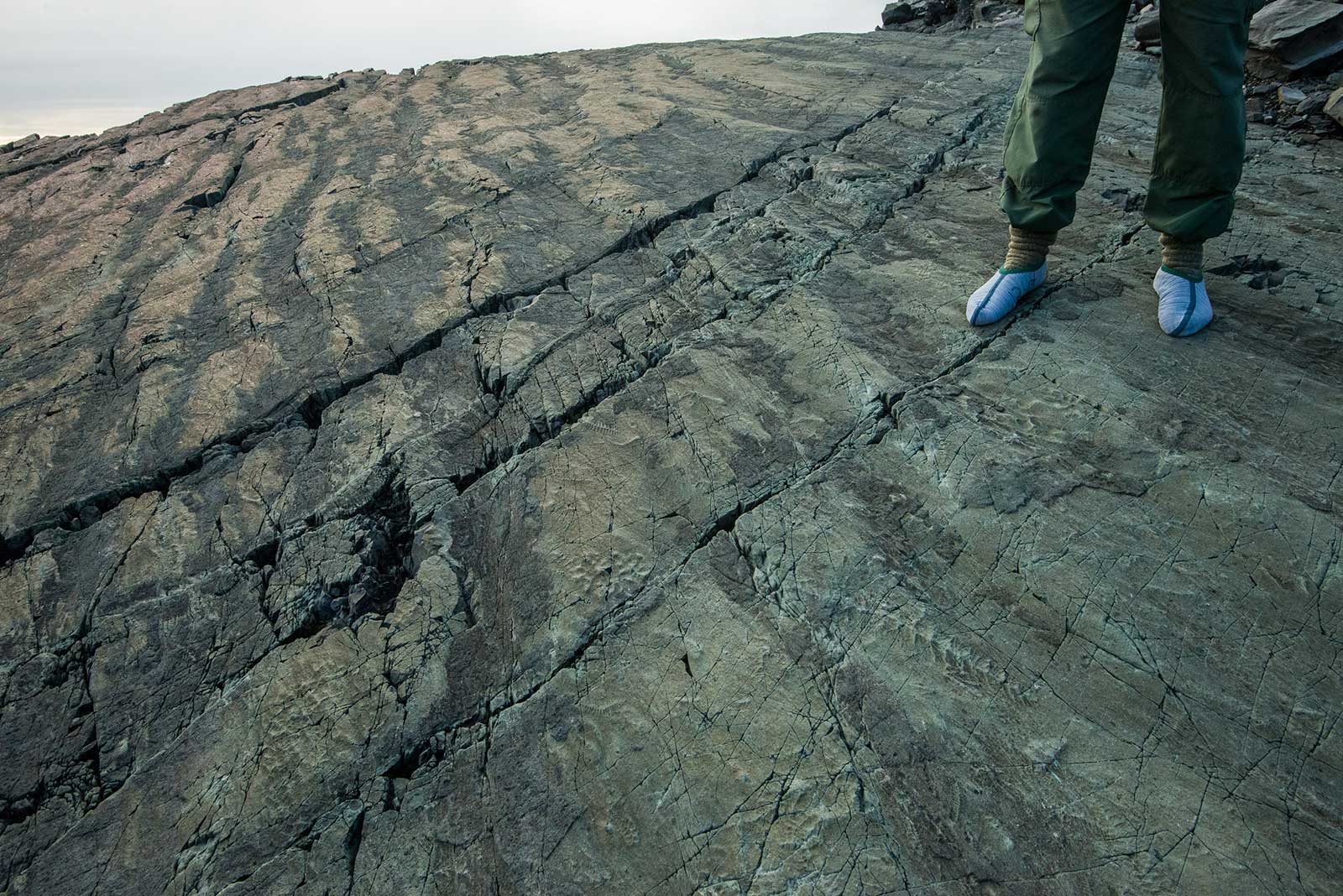 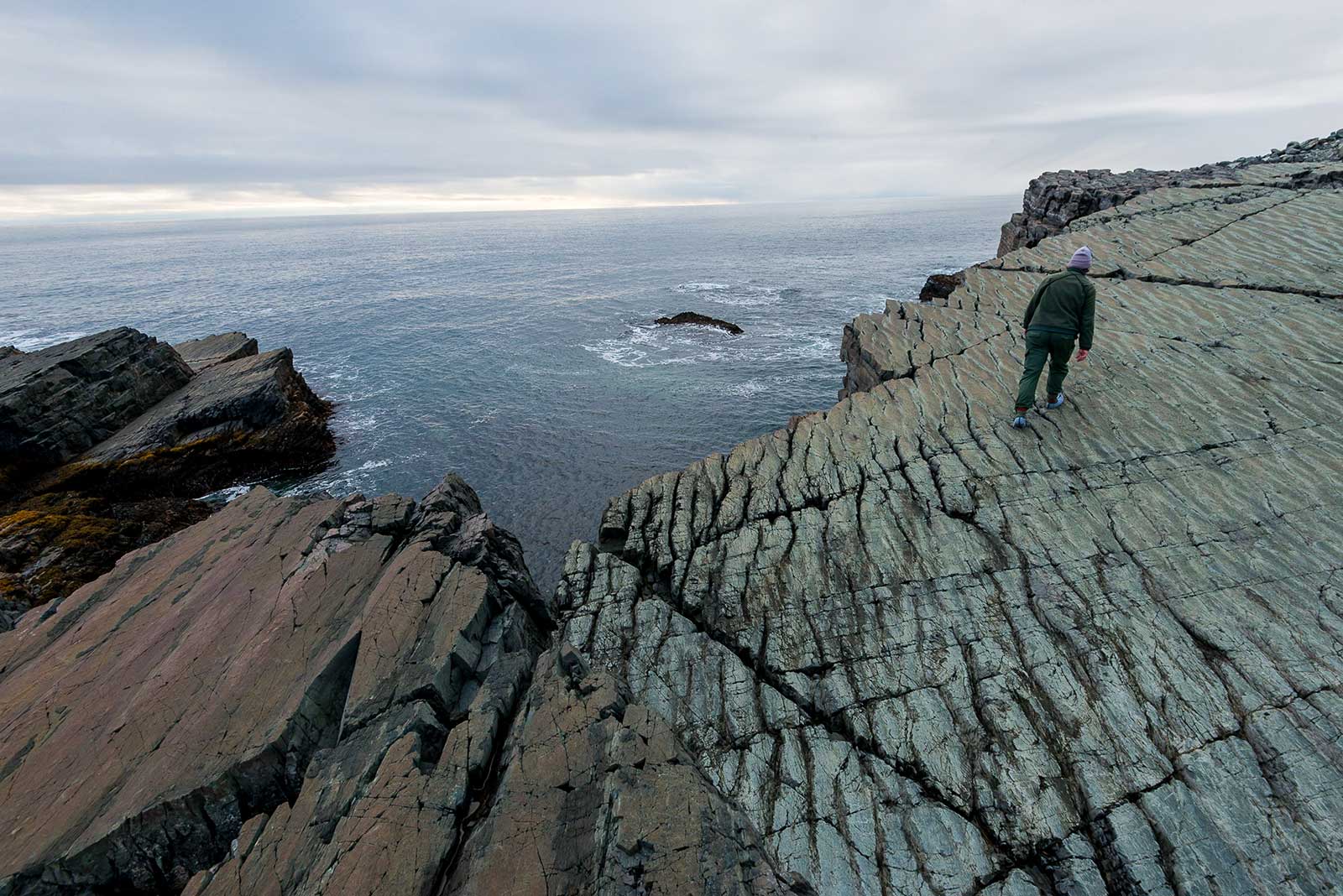 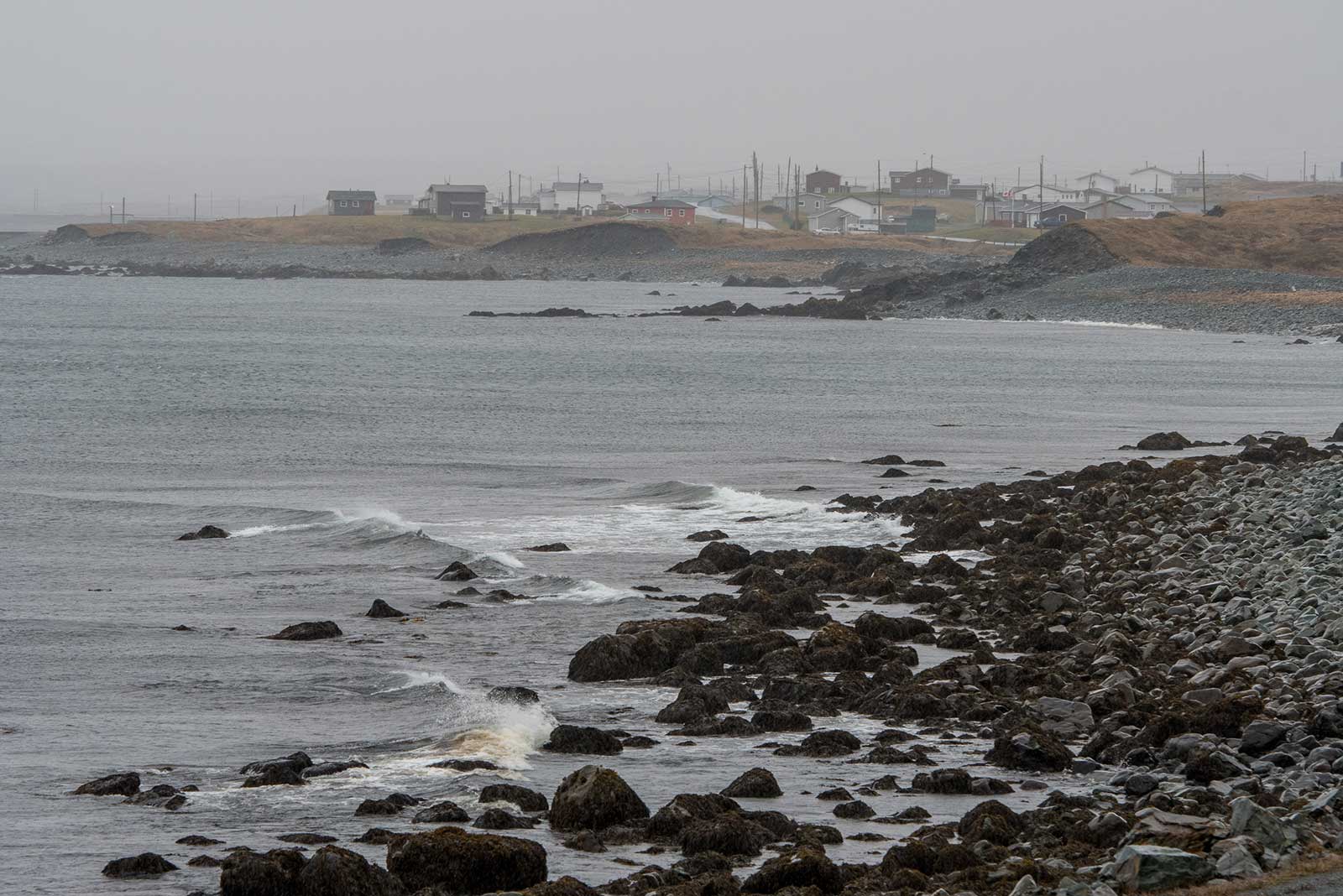 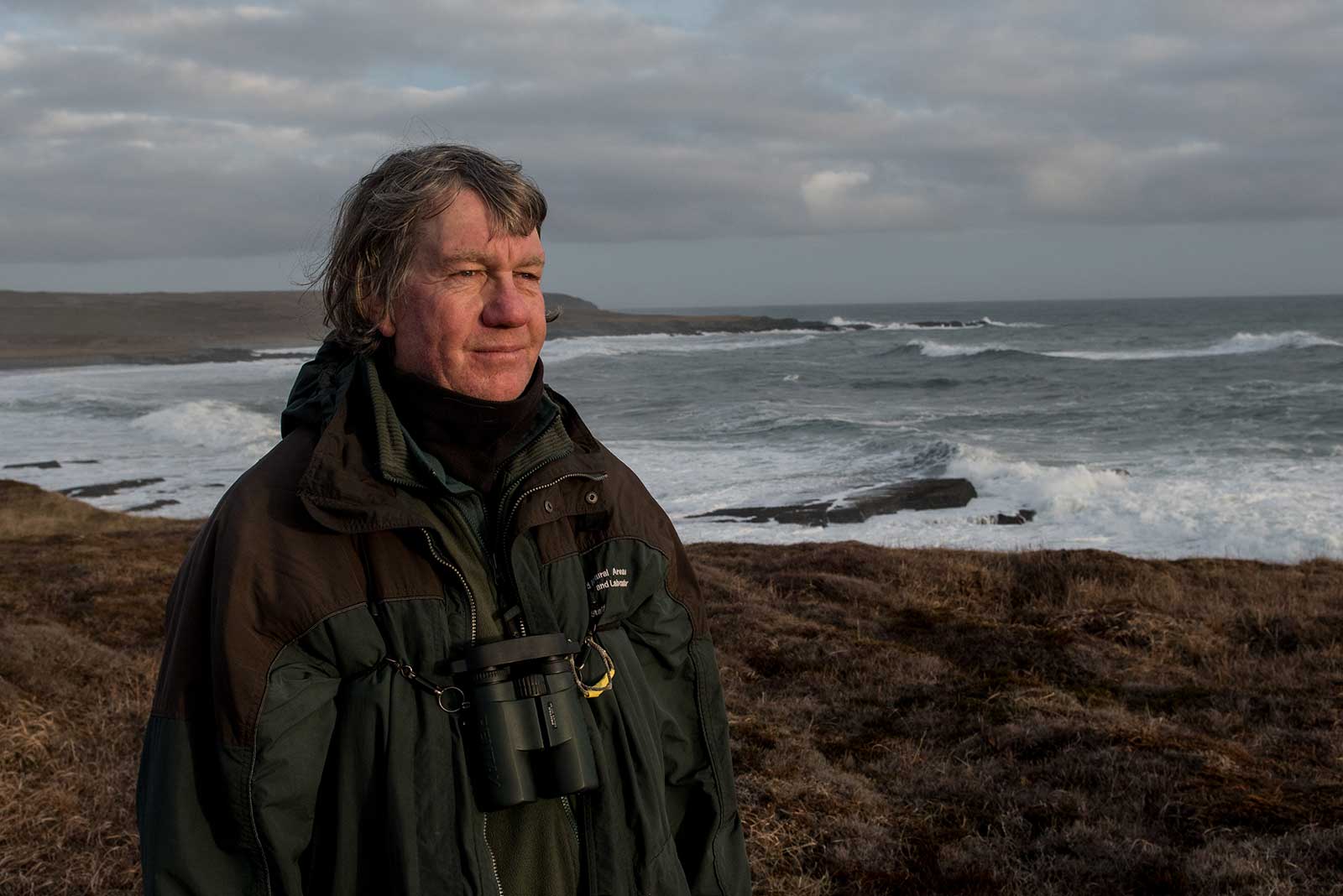 Life on the Edge

Step back in time half a billion years to a world of mysterious sea creatures that would have thrilled Darwin.

Drizzling and cold, maybe 40 degrees Fahrenheit, the endless wind coming off the frigid North Atlantic, and it’s just steps to the precipice, a 30-foot drop into a foaming chaos of surf and rocks. Richard Thomas, a tall geologist in his 60s with a Prince Valiant haircut, says it’s time to take our shoes off. “I’m going to take my socks off too because they’ll just get wet in these,” he says with a chuckle, holding up one of the light blue cotton booties that you have to wear if you want to step onto this particular clifftop on the forbidding coast of southeastern Newfoundland.

We unlace our hiking shoes, place them upside down on the ground to keep the rain out, remove our socks, pull the blue slippers onto our bare feet and tiptoe onto the bedding plane, as geologists call it. It’s about the size of a tennis court and pitched like the deck of a heeling sailboat. The surface itself is slightly rippled, and scattered all over it are what local children years ago, back when children and anyone else could romp here as they pleased, called “flowers in the rocks.” Fossils. Some look like ferns, some like cabbages, others like peace lilies. Mostly, though, they look like nothing alive today. A foot-long oval split down the middle, and each half is full of little capsules like the vesicles in an orange segment. A cone shape, about the size of a hand, like a cartoon heart.

“Thectardis,” Thomas says, pointing to the heart, and for a moment, thrown off by his British accent—he’s originally from Wales—I wondered if he said “TARDIS,” the time-traveling police box in the BBC’s mind-bending “Doctor Who.” “Thought by some to be a primitive sponge. There’s no proof, of course.” The fossils at our feet are in fact the subject of intense study and wide debate, but it’s not because of scientific controversies that the place is called Mistaken Point. The name dates to the early 18th century, and refers to the tragic tendency of ship captains to mistake this often fog-shrouded headland for Cape Race several miles up the coast, steer accordingly and run aground.

There are certain photographers I enjoy talking to because they inspire me with their passion; Neil is one of those folks. He’s passionate about his work, about conservation and making the idea of the environment relatable to everyone. And then he backs it up with gorgeous photography.