Block Island, 15 miles off the coast at its farthest point, has always been at the mercy of the four winds. Raging winter gusts have been known to rip porches off houses and knock stones off the rock walls that lattice the island’s meadows and pastures. More regularly, breezes delivered to residents the drone of enormous diesel-burning generators, the Rhode Island community’s sole source of power. No one liked it, “but that was just part of island life,” a local real estate agent tells me. People got used to the noise, and those who lived near the power plant—less than half a mile from downtown—resigned themselves to frequently scrubbing soot from their windows and sills.

But then, at precisely 5:30 a.m. on the first of May, 2017, a great silence fell upon the land. The generators, after roaring for 89 years, shut down. And yet electrons continued to flow. 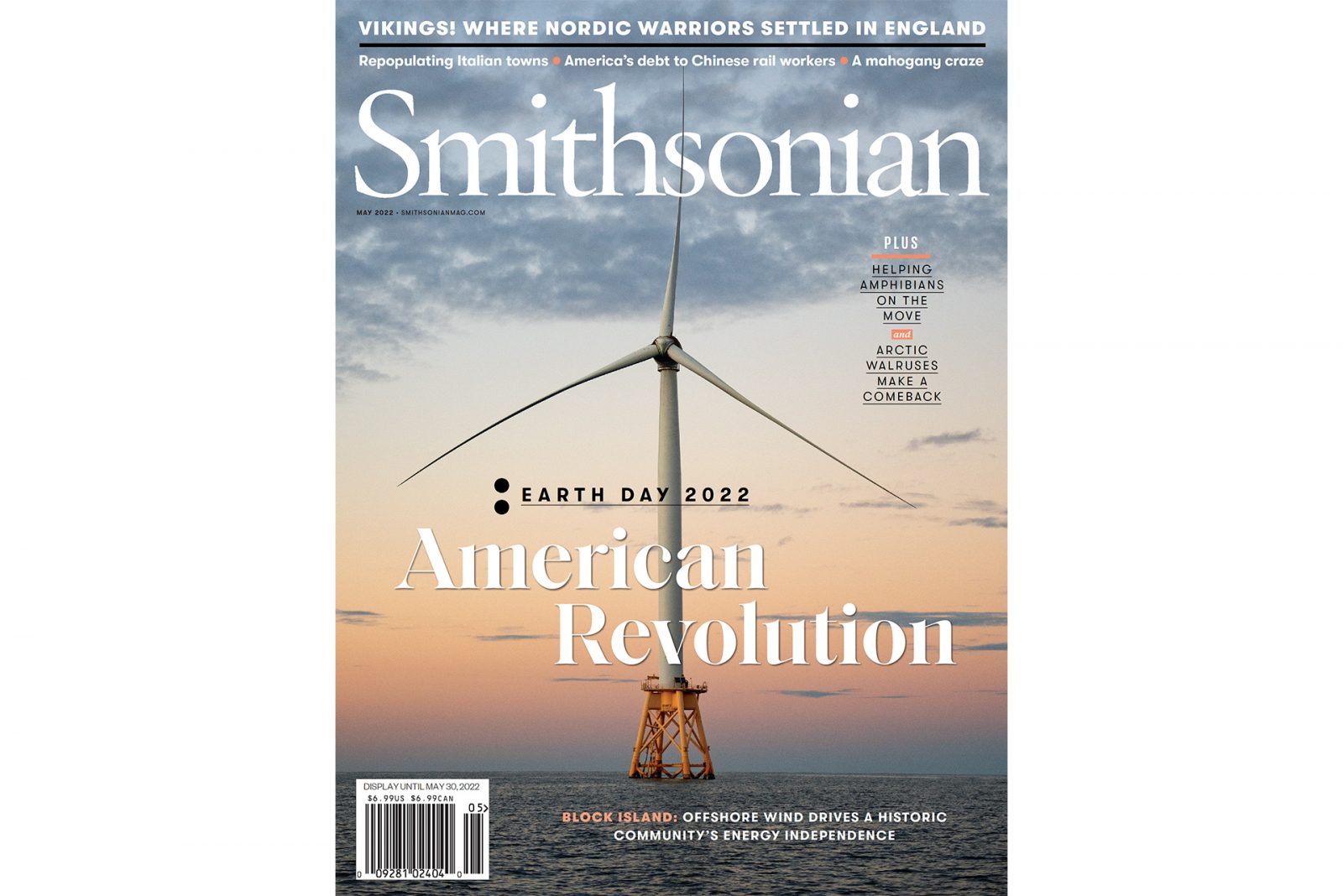 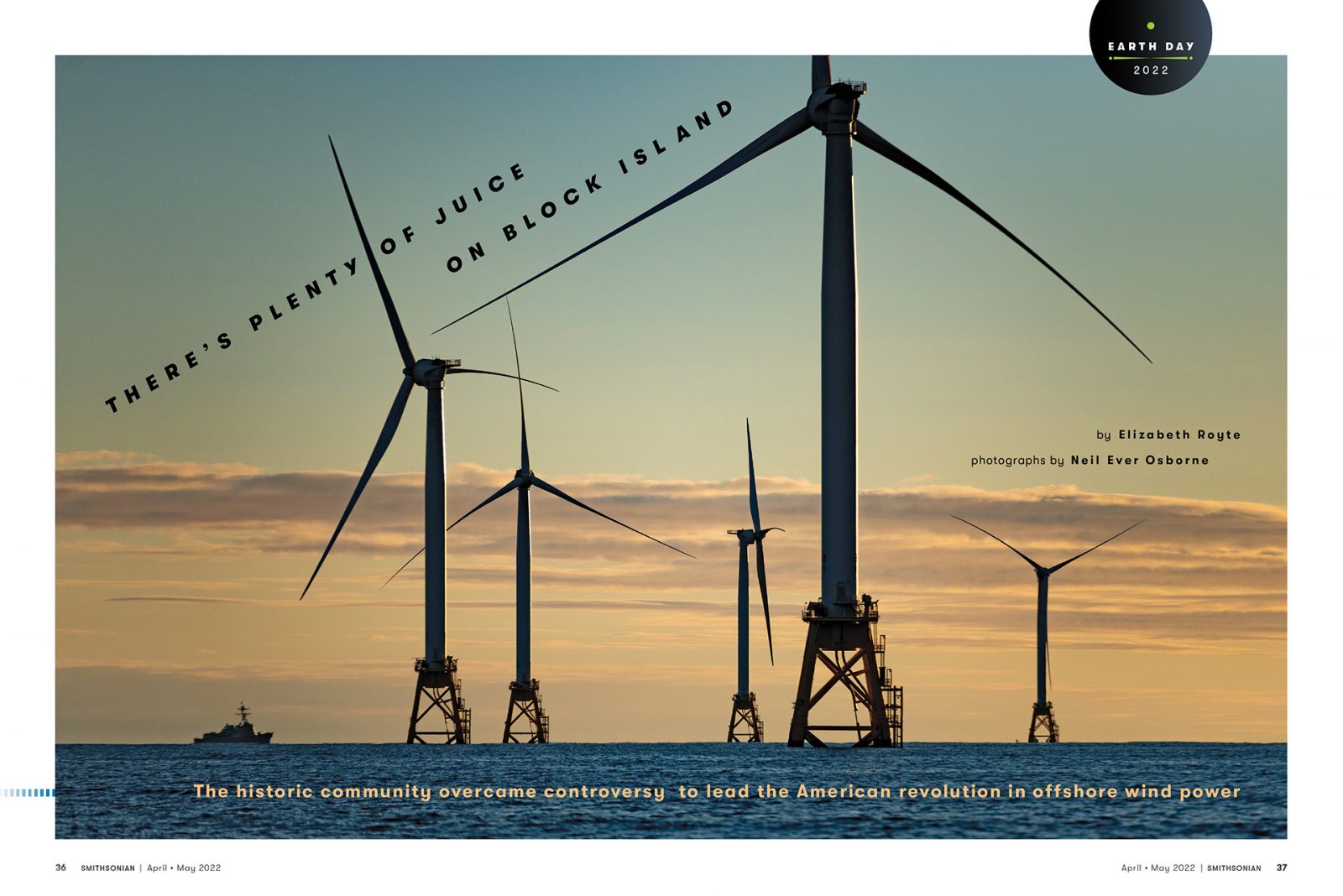 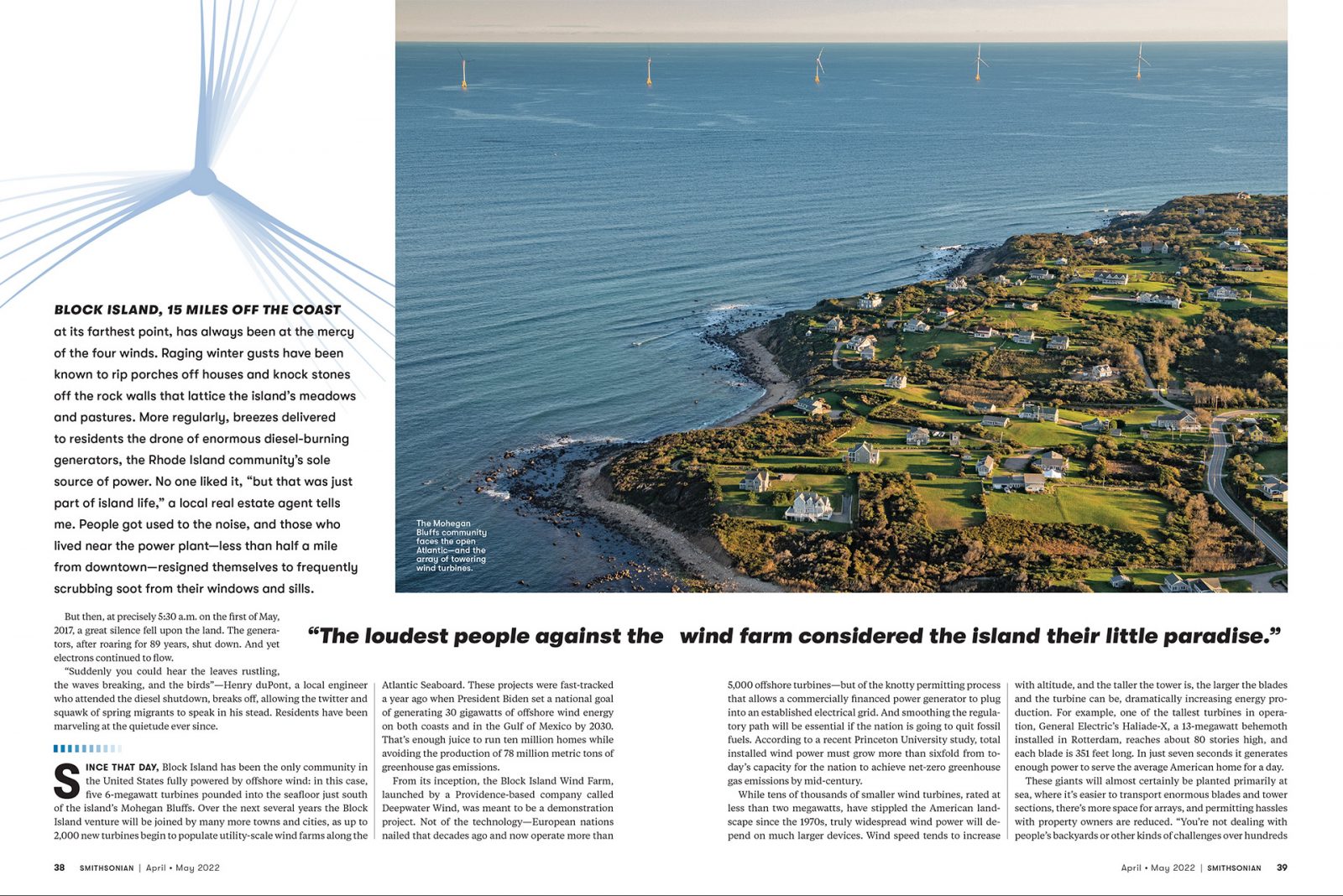 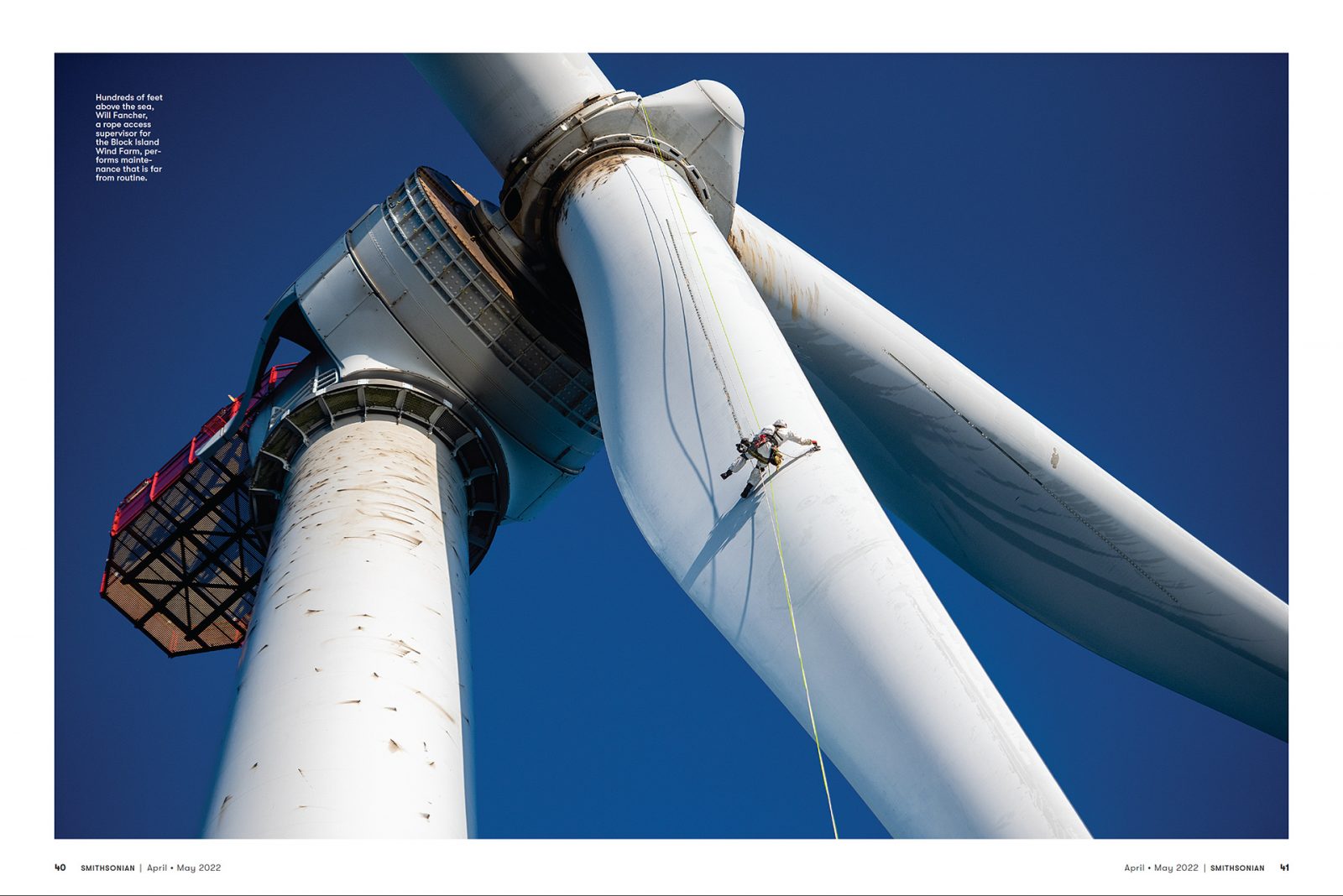 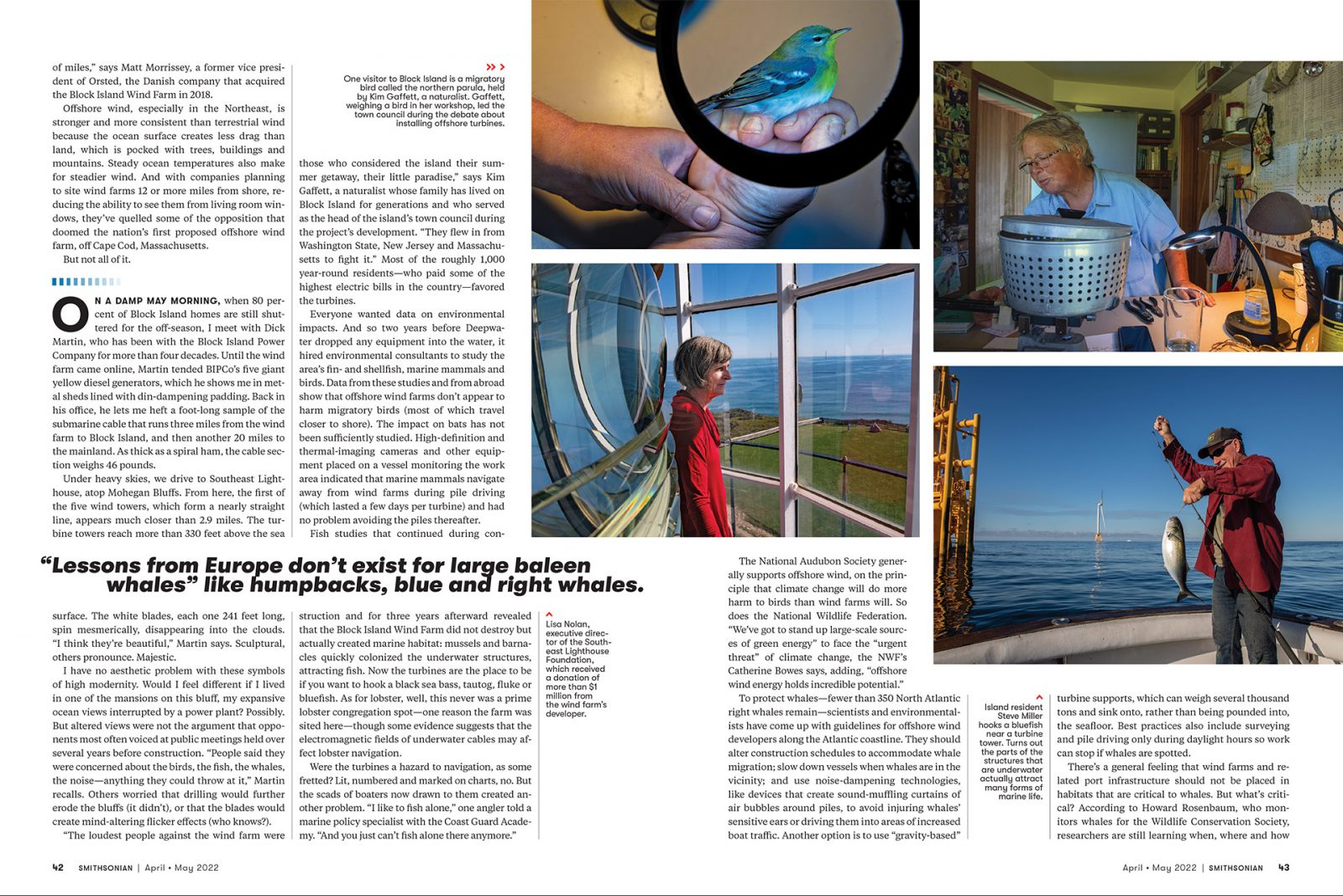 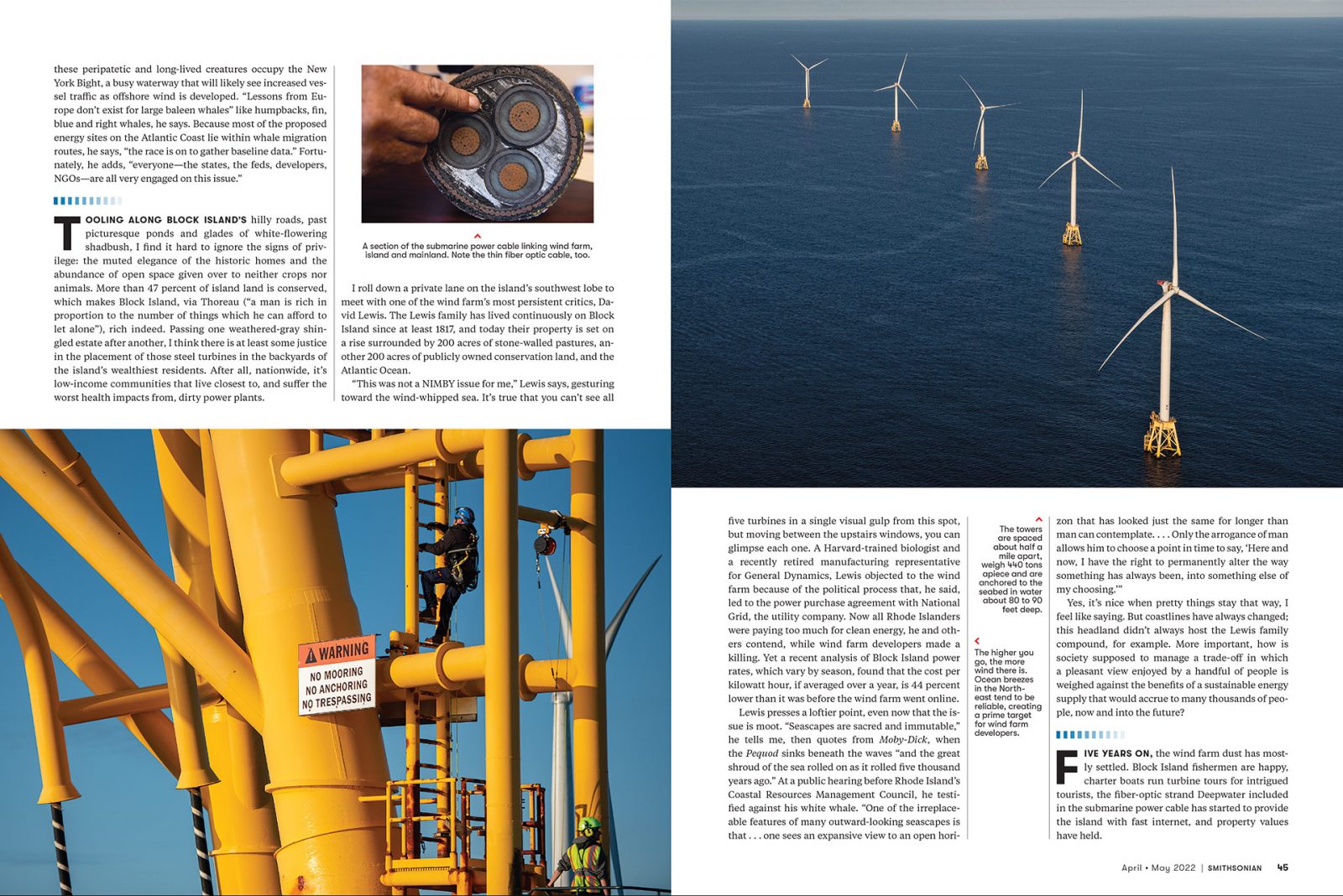 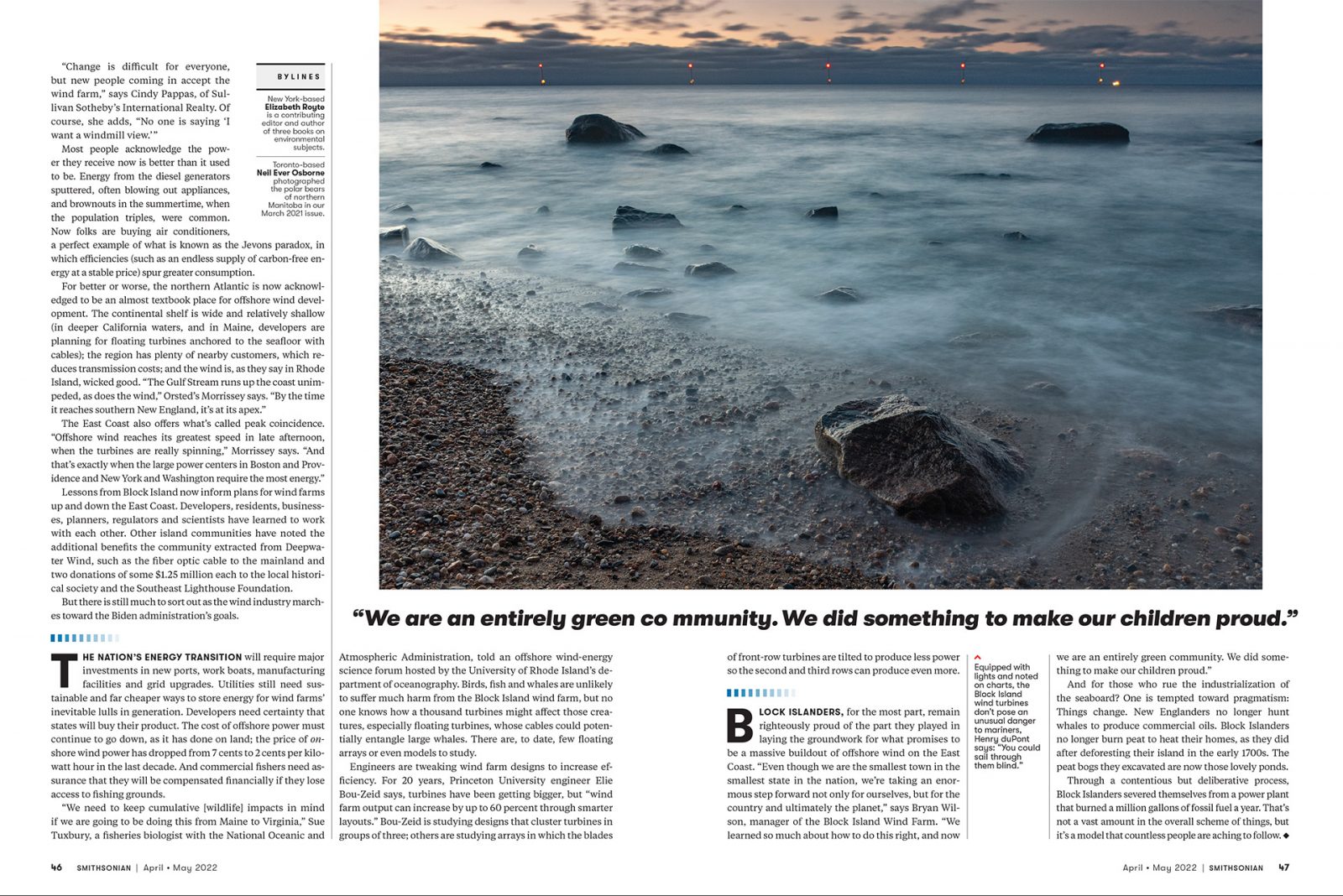