Neil Ever Osborne is a Canadian photojournalist, filmmaker, and visual artist.

His projects bear witness to the complex relationship between people and the planet.

Osborne’s gritty documentary approach broadly examines the causes and impacts of the climate crisis, as well as the solutions that will mitigate global warming, as recently depicted in works covering deforestation in Borneo, polar bears on the sea ice in the Arctic, and offshore wind power on the American Eastern Seaboard.

In this pursuit, he focuses his lens on humanity’s enduring spirit and nature’s resiliency.

When not in the field on assignment, he is based out of his studio in Toronto, Ontario.

He can be reached at neo@neileverosborne.com. 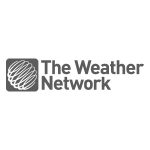 09 | The Shot That Got Away Short Film

© 2023 Neil Ever Osborne. All rights reserved. Site design by Evermaven.